Thought I’d post this up. It’s a short story I wrote during an ‘Illustrate and Write’ class a few weeks back. During this class I also came up with the first Polaroid Picture (a series of images I am creating and posting on this blog).
Never the less the story involves 3 emails. One from a guy emailing his girlfriend. The girlfriend then emailing a doctor for advice and the doctor replying to the girlfriend. It is an experiment in graphical storytelling and how to establish character through text. I think the emails give a different perspective as opposed to straight up prose. The graphical element does not add to the story, but I do believe that they make the story more visually appealing.
The 3 emails are below. The story is imaginatively entitled – Emails. 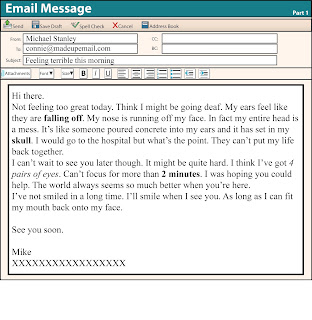 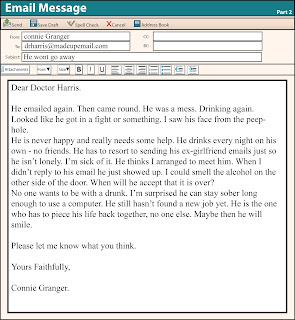 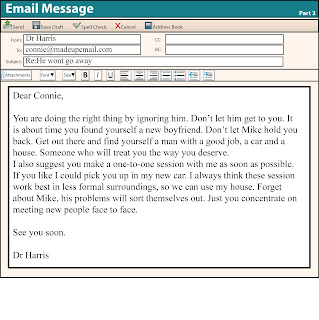