Last post of the year I think, so I thought I'd post up something new and a bit different.
Recently I bought some Fine Liner pens. I’ve done sketches using thicker ‘ProMarker’ pens, but I wanted more detail. The sketches are a continuation of my life drawing and concentrating on portraits and faces. They are colour studies and merely experiments. Some of the sketches work better than others, but I wanted to move away from Pastels and I would like to do more traditional illustration in the future. These pens should give me a bit more freedom in this. 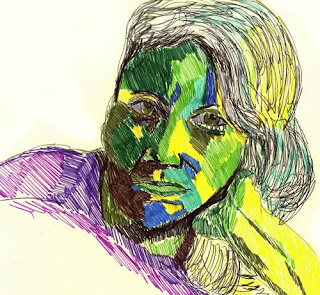 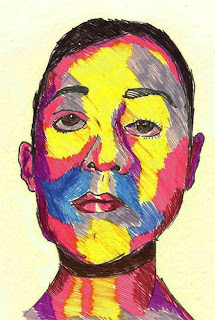 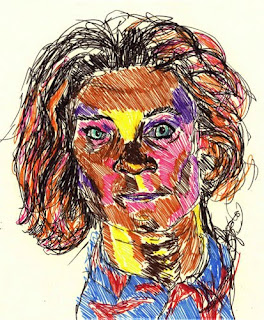 This will be my last post before Christmas. I didn't have time to do a Christmas sketch but here are some more life drawing sketches, this time concentrating on faces.
Enjoy!! And Merry Christmas!!!!! 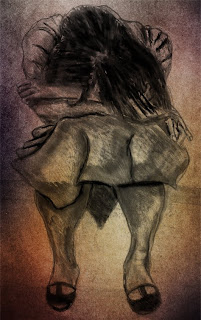 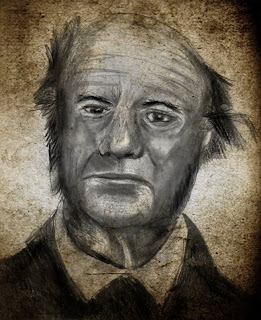 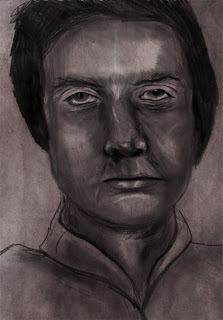 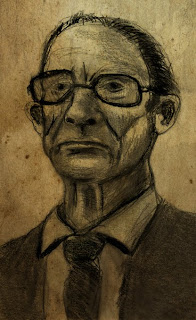 Some more sketches from my life drawing class at the Duncan of Jordanson Art College. 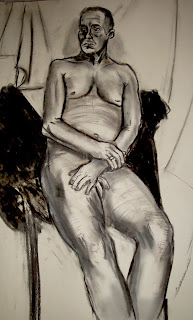 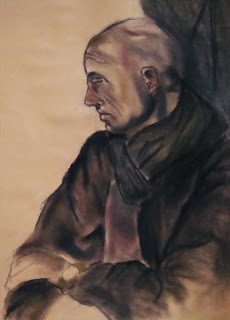 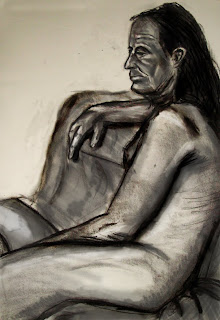 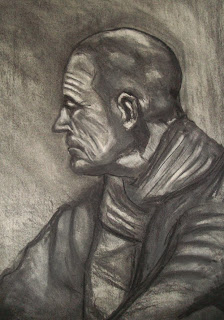 To take a break from the Art I am looking to start another webcomic. After having a couple of guest strips on the Somnambulations site (and hopefully a few others up next year) I’ve decided to start my own webcomic.
This comic will combine poetry and comics and not have an overriding narrative. Each comic will be standalone and be fairly experimental. I am currently looking for artists to collaborate with and a posted a few help wanted adds on some forums. No luck so far, but I do plan to illustrate a few comics myself to get started.
I plan to write about 12 comics and post them up 2 a week for 6 weeks. So far I’ve written 10 and planned out the other 2. The comics are between 1 and 5 pages long.
This project stemmed from the fact that I had a strip accepted for the Murky Depths sci-fi anthology, which unfortunately got canceled. This strip was a poem comics and I’ve decided to carry on the idea as a webcomic.
So far the only set back is finding an artist but a bit more perseverance and more hounding of forums might help in this.
Posted by Steven at 12:20 No comments:

I've been doing a life drawing class recently at the Duncan of Jordanson Art College. Here are some of the sketches – they may appear a bit ‘off’ as they are not scans, but images taken with my camera.
Most of the sketches are in charcoal and some are in pastel and oil Pastel. Still got loads more to post up so they’ll come as soon as I get round to photographing them. 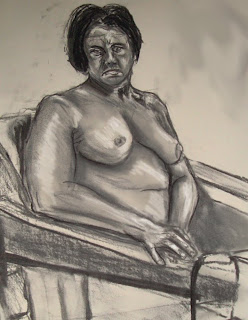 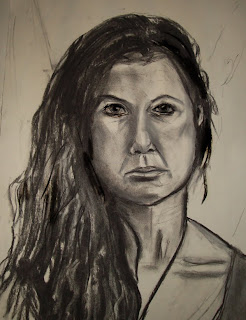 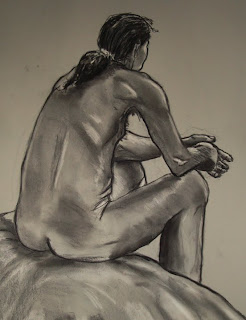 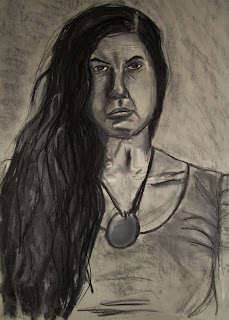 I am postingabout one a month now which is what I intended. Actually I created this one back in August but was far too busy to post it.
This one is pretty cool keeping a sketchy feel as opposed to an illustration. Never the less I think it works. 7 of these Polaroid’s have been created now plus 2 images created for the Live Project. 9 in total.
The idea was to do one a month and I think I am on schedule. 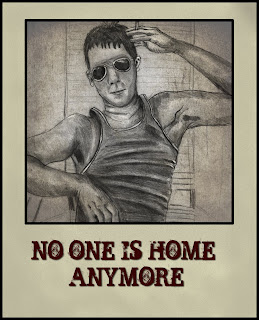 Just some sketches from my sketchbook. These sketches were for practicing foreshortened poses. 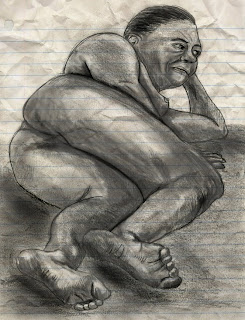 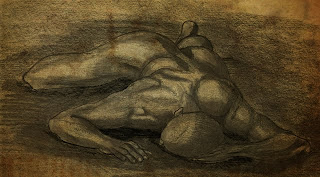 Walking and Running – After Effects Test

As mentioned earlier I was due to have an animation screened at the Neon Digital Arts Festival in Dundee back in November. This screening did not happen, but I’ve uploaded the video here for people to view it. It is not a great piece of work and was just to test as I’ve been learning to use After Effects as an animation tool. This is a precursor to a longer (and hopefully better) animation I plan to start early 2012.

Even more sketches. A series of hands and feet, just practice sketches from my sketchbook. 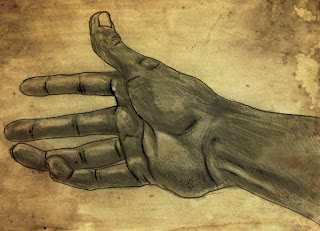 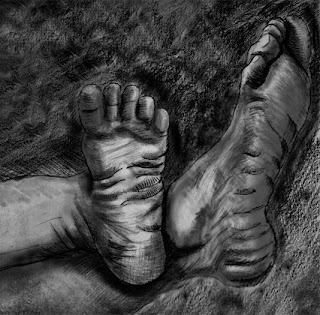 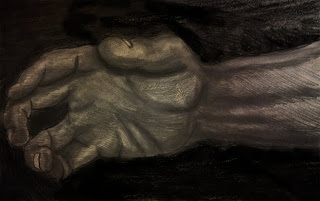 Unfortunately I’ve had a few disappointments over the past few weeks.
One major disappointment was that the animation that was due to be screened at the Neon Digital Arts Festival was cut from the programme at the last minute. I got an email the day before the screening to say that there was not enough time to screen it.
I was disappointed but can understand why they would want to screen an experimental piece. I personally think this animation would work better in a gallery rather than the big screen. Never the less it was still annoying considering they accepted the animation on the first hand.

The second disappointment was the fact that the Comic Book anthology Murky Depths has stopped publishing their anthology. I had a script accepted to this publication and it was waiting for an artist to complete it before publication. Murky Depths is a well respected anthology and having m work published in there would have been a major coup. I also enjoy reading it. So another missed opportunity, considering Wasted Magazine went into liquidation earlier this year and they were due to publish another 2 of my comics.

At the moment I have a script waiting for an artist at another publisher. They have had the script for about a year, so I’m keeping my fingers crossed.
These set backs happen and I’m getting use to it now. The work that was due to be printed in Wasted Magazine, has found its way as a webcomic at Somnambulations. I also plan to release my Murky Depths comics as webcomic, but more on this later – this is one of my new projects that I will blog about later. 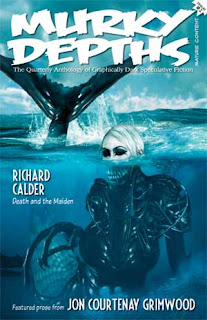 Some More sketches. A few from my day job in developing anatomy artwork and animation and some from my sketchbook. 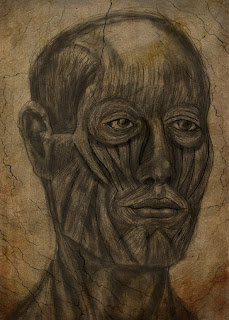 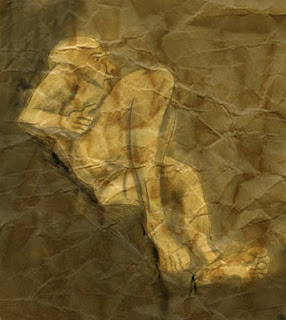 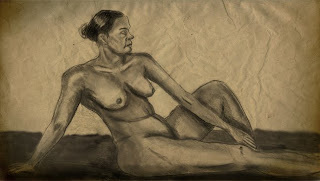 This is the second major project I am working on and it is fairly big. I have designed 50 stickers all based on a single generic design. I have customised the design so there are 50 different characters from the initial design.
I have printed the characters onto sticker paper, cut them out and will stick the stickers on interesting locations.
I will stick one sticker onto an interesting location per week for 50 weeks. Each week I will take a photograph of the sticker and post it up to a dedicated blog.
The project is still to have a name and I will start the project early next year. A new blog will be created to present the project, although I will post about it on here as well. The image below is of one of the stickers, but there are 50 in total.
There is text under each of the designs. These are short poems and found poems - an extension of my 3D poetry and writing work.

The project is to make sure I get away from the computer and take photographs, while learning about composition, lighting etc, which will inform my work in general. Along with my Lomography I should hopefully have several projects that allow me to get up and get out. I am also looking to buy a DSLR camera in the next few weeks – Probably after Christmas. 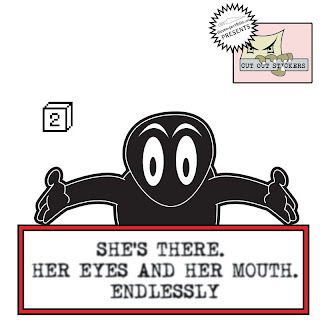